Nagaland - It's People and Jewelry 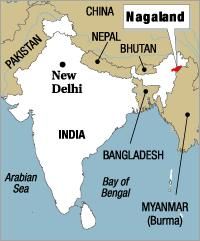 The Naga are hill people who live in villages in Northeast India. Nagaland sits at the tri-junction of China, India and Burma. Nagaland’s large population is made up entirely of tribal people (approximately 19 different ethnic groups). Each tribe possesses traits and sentiments unique to their community. This ranges from a strong political conscience to an unmistakable connection with nature. Broadly it has been said that the Naga people have a high standard of integrity and honesty. They are hardworking, simple people who seem to value, above all, family and tradition. The Naga people differ sharply from the more widely known Hindu culture in India. Nagaland has been in political turmoil for more than a century. Today Naga insurgents battle for independence and remote areas are under rebel control.

The Naga have strong warrior roots and perhaps what is most riveting about the Naga culture is their history of headhunting. It was (is) considered an honor to return home from war with the head of a rival warrior. Men were generally considered not fit to marry if they had not yet taken a head. In most areas headhunting is now a page for the history books. Because it is thought to still be practiced in some areas many outsiders, in particular people from neighboring countries, are hesitant to visit Nagaland. So with this in mind, travel is not without risk, yet it’s said that the Naga people are friendly and visitors are typically greeted with warmth and hospitality. 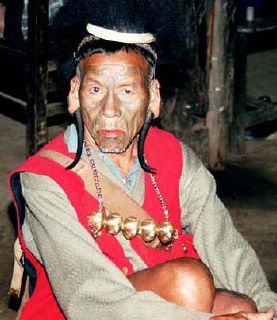 The Naga people are talented craftsmen and through beading, basket weaving and pottery making they have created a niche for themselves in the international market. The tribal wears, unique to each tribe, are complex and colorful. The designs and costume worn identifies tribal belonging as well social standing within that tribe; and in earlier times distinguished the upper from the lower classes.

Elaborate Naga bead work is comprised of glass, shell, stone, brass, tusk, bone, seeds and fibers. The use of glass beads, conch shell and brass are staples in many ornaments worn by most tribes, but the Konyak tribe perfected their use. They are well known for their colorful beadwork and use of Indo-Pacific glass beads and lavish use of conch shell. Brass figurines and other ornaments (mostly depicting humans) are important to the people. The “head” pendant, worn only by men who have taken heads, displays just how many heads they have hunted, most commonly 1, but sometimes as many as 5 or more. Conch shell pendants, which are worn on both the belt and the necklace are decorated with petroglyph-like pictures indicating status and wealth, plus they also tell stories of war.

The Naga tribal culture is alive and rich although it has not gone unaltered. We very much appreciate the Naga people with a propensity for handcrafted goods and a love of beads! 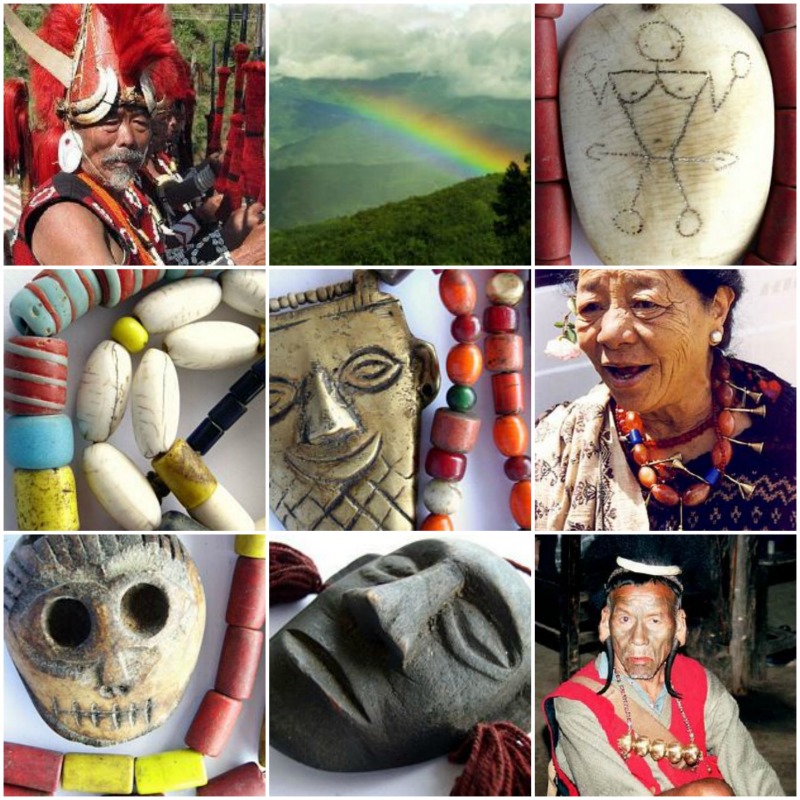