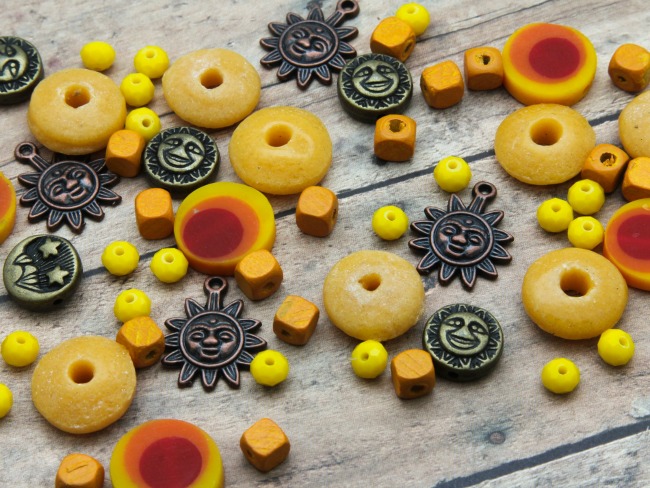 On June 21st this year we will celebrate the June Solstice, also known as the Summer Solstice. This day marks the start of summer and the longest day of the year, as well as the shortest night.

The Summer Solstice holds a few fun facts you may or may not know:

With the sun being straight over head, soak up those rays and take advantage of the longest day of vitamin D you can get, especially since this day is not commonly the hottest day of the year.

Isn’t it ironic that when the sun stands still we tend to move more and celebrate? Live by the sun and love by the moon, right?

Place any size order with Happy Mango Beads and enter “Free Beads for Summer Solstice” in the order instructions/comment box during checkout, and we’ll include a FREE baggie of a sunny summer solstice beads, like those pictured above, with your order! (this offer is good between now and June 21st)