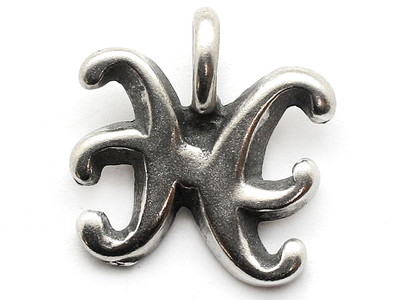 (February 20 - March 20) Pisces is the twelfth astrological sign in the Zodiac, which originates from the Pisces constellation. In western astrology this sign is no longer aligned with the constellation because of the precession of the equinoxes. Pisces is represented by a pair of fish that are swimming in opposite directions, but remain held together at the mouth by a cord. Pisces is considered a water sign, and is one of four mutable signs. Like the rest of the watery signs, Pisces is considered a "negative", feminine sign, which in Astrology means it is rather introvert. Being the twelfth sign, Pisces is associated with the astrological 12th house.