For centuries Buddhist amulets have been a part of culture in Thailand.  Amulets are thought to be helpful in protecting the wearer against all sorts of maladies and even witchcraft.  As the wear gets older the amulets become even more important as they improve many aspects of day to day life.  They are thought to increase fortune, attraction to the opposite sex, health and a host of other desirable attributes.  These amulets are each very specific in nature, so one amulet will not do everything.

Authentic amulets are made in temples by the highest ranking monks.  Some amulet makers are very famous and thousands of people will turn out at a temple for one of their newly released amulets.  These specific amulets are produced in a limited number and only a small percentage of people are fortunate enough to receive one.

In Thailand there are small markets which sell only amulets.  These markets are not a tourist attraction and instead they are frequented by the Thai people, including monks who are shopping for specific amulets which they feel will enhance their lives.  Many of the amulets are mass produced in small home-factories, they are the 'affordable' pieces, as the originals cannot be afforded by most people.  The reproductions are accepted by the people as they realize that faith is the most important key to an amulets success.  Only experts can discern real from fake, as these copies are generally very accurate. 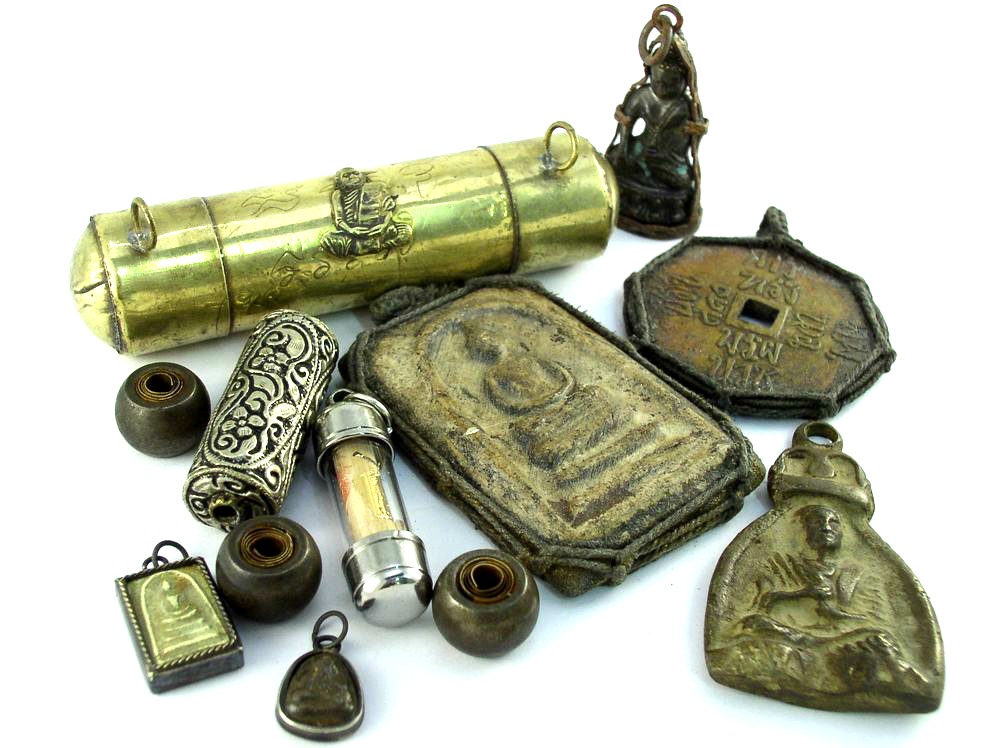